With a 50% of the people living in cities (70% in a few years from now), any change in the habits of citizens, companies and other agents has a high potential to impact in economy and happiness of people. This is especially true in the case of this project, where changes affecting both, Society and Economy are explicitly wanted. We plan to build intelligent mobile apps and web services that citizens and authorities can use in different contexts, create and exploit data on the city, and focus in companies making business cases out of them. Our final goal is improving their lives and works in the city. At the Spanish and Andalusian levels, we plan to have an impact in economy and society:
- Economy: we have planned transferences to four companies EMERGYA, SECMOTIC, JUMA and VATIA. They all are based in Andalusia, but also have offices and business relationships to other companies in Spain (Movistar, Endesa, municipal governments…). The services they can exploit (in separate contracts to the University) will employ many persons, and their revenues will surely grow. They are investing in research, a very wanted activity in Spanish companies.
- Society: we plan to make free apps for people, what can improve their living in cities. We will offer open data, making cities better known for dwellers and managers, we will impact in city security, make an economic analysis of its trends, offer mobility services, and personal services for their benefit. We go for cleaner streets and energy analysis of the buildings of a city. We, in short, hope to impact several domains of our societies, or at least will try hard to do so.
Our impact is above average in :
- In Economy, the map of economy activity will allow the authorities of the city to analyze what are good places to start new companies, to make district decisions, and to compute rental fees, among others. Combined with the correlations with mobility and real state, it can also be a tool for infrastructure planning in the medium/long term.
- Offering customized dynamic routes and urban parking localization has an impact on the economy of the citizens (cheaper routes) as well as in their free time (shorter routes), and, thus, in their quality of life. Tis also reduces pollution in the city.
- Improving urban safety by means of practical apps for police cars and crime prevention has an important social impact and is one of the goals of this project: the city will be a safer place to live.
- The Who Am I (WAI) application will learn the habits of the citizens and will know more details about them than themselves, with impacts in the social dimension (meeting people, remembering things) and the economic one (marketing campaigns). The Smart Alert Notification System will be useful in case of emergencies to reach a maximum number of users, and will help to travellers.
- We propose to measure air quality, pollution, temperature, noise and humidity in the streets as well as the citizens flow, to build a map for the state of the streets. With this map, the authorities can prioritize the funding assigned to different actions in the streets.
- An optimal waste management can save money to the city, while keeping the environment clean and comfortable. The green house emissions, are linked in a large extent to the need of energy of the companies and the cities. Increasing energy efficiency could save not only money, but also the environment and the future of Earth. 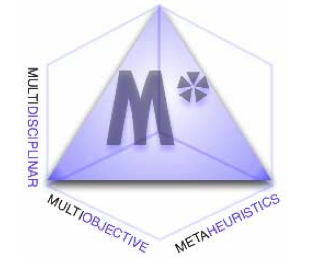